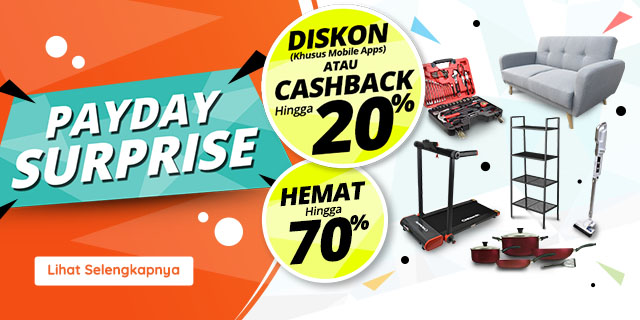 No wonder so many tourists enliven these places. These buildings in Indonesia are well known to foreign countries and some are even included in the UNESCO world heritage site. Come see the historical buildings of Indonesia that you must visit!

This temple was abandoned and hit by a volcanic eruption until the building was covered by dense forest. In the 1930s, Prambanan Temple had to go through a very long process of restoration. As a result, only 18 of the 240 temples were successfully restored. Even so, Prambanan Temple remains one of the most beautiful temples in Southeast Asia until it is finally included as one of the UNESCO world heritage.

This temple is located in Magelang, Central Java, which is the largest temple in Indonesia. During the Syailendra Dynasty, King Samaratungga built this temple with the aim of glorifying Buddha and keeping people away from lust. Just like Prambanan Temple, Borobudur Temple was also abandoned and had to go through a restoration process. Borobudur has 504 Buddha statues and with 72 statues surrounding its main dome.

This temple is also included in the UNESCO world heritage site and until now it is a destination for foreign tourists as well as a place of pilgrimage to commemorate Vesak Day.

Pura Besakih was built by Rsi Markandeya, he is a Hindu religious figure. This place is one of the centers for Hindus to worship in Bali. This temple is the largest temple in Indonesia because it has 86 temples and places of worship.

This place is so sacred that there are several regulations that both local and foreign tourists must obey. In this area, people are not allowed to wear revealing clothes, so they must wear a sarong or scarf to cover the exposed parts of the body. Apart from temples, there are many beautiful scenery that you can enjoy, such as mountains and vast lakes.

Lawang Sewu is a former Dutch colonial era building which now belongs to PT. Kereta Api Indonesia (Persero). During the colonial era, the building became the head office of a Dutch-owned railroad company. Its name comes from the Javanese language which means “1000 doors” because the building has many doors and windows.

During the Japanese colonial era, one of these buildings was converted into a place of detention and several executions took place. Several battles also took place in this building, leaving several people dead. Lawang Sewu is now known as a haunted place so some tourists come to this place to see ghosts. This place has also been used for shooting horror films.

This place is one of the destinations that you must visit when tourists go to Semarang. Architecture and design that are unique and distinctly Chinese make us feel as if we are in the land of the bamboo curtain.

Cheng Ho, a Muslim admiral built this temple. He built the temple as a resting place for his ailing troops. As an expression of gratitude, his subordinates built a statue of Cheng Ho in his honor. Now, this temple is a tourist spot as well as a place of pilgrimage.

Yogyakarta palace, residence of the Sultanate of Yogyakarta

This place is one of the favorite places for tourists when visiting Yogyakarta. The Yogyakarta Palace is the residence of royal members and still carries out the sultanate tradition to this day. This palace has various objects and artifacts belonging to sultanates and gifts from European kings.

Tourists who visit this place may not touch objects in the palace without permission. The Yogyakarta Palace is also one of the UNESCO world heritage sites that must be preserved.

This mosque was founded by Raden Patah in the 15th century making this building the oldest mosque in Indonesia. It is said that this mosque became a gathering place for Wali Songo, the people who first spread Islam in Indonesia.

The Great Mosque of Demak is located in an area with the burial complex of the kings of the Demak Sultanate, so that after praying, people can make a pilgrimage to the grave site.

This fort is located on the west coast of Makassar. Actually, there are 17 forts in the Makassar area, but the most magnificent is Fort Rotterdam. The walls are black, with a thickness of almost 2 meters and a height of almost 5 meters making this fortress easy to spot from afar.

The Cathedral Church is located in Central Jakarta and is one of Jakarta’s cultural heritages. This church began construction after Pope Pius VII appointed Pastor Yacobus Nelissen as apostolic prefect of the Dutch East Indies and the building was inaugurated in 1901. This building has a neo-gothic architectural style like the common church of that era. with an area of ​​60 meters and a width of 20 meters.

Now this building serves as a church for Catholics. Inside is a museum that contains items belonging to the Pope.

Fatahillah Museum, used to be an underground prison

The Jakarta History Museum or commonly called the Fatahillah Museum is located in West Jakarta and has an area of ​​more than 1,300 square meters. This building is a legacy of the Dutch era. In ancient times, this museum was a city hall that had offices, a courtroom and a dungeon.

Now, this place is a museum that contains relics and can see the history of the city of Batavia before turning into Jakarta. This place is also one of the local and foreign tourist destinations.

This fort, which is located in Surakarta, is one of the legacies of the Dutch and has been established since 1745 by order of the Governor General Baron Van Imhoff. During the Dutch colonial era, this building functioned as a place of oversight of Surakarta’s rule and as the center of the garrison.

When Indonesia became independent, this place became the TNI headquarters and training for soldiers and Brigades for the Surakarta area. The government restored this place in 2014 after being abandoned for a long time.

Bogor Palace, the residence of the President of Indonesia

Just like the name, this palace is located in Bogor, West Java. This palace is one of the legacies of the Netherlands and is the residence of 38 Dutch Governor Generals. Formerly, this Bogor Palace was named Buitenzorg which means “without worries” because General Van Imhoff considered the Bogor area as a place of calm and peace.

After Indonesia’s independence, this palace is now the residence of the President of Indonesia and a place to receive foreign guests. Bogor residents like to visit this palace because there is a large garden that can feed the deer with carrots.

This building is one of the historical buildings in Indonesia. It is located in the city of Bandung and took 4 years to build, from 1920-1924. Formerly, this building was named Gouvernements Bedrijven. During the Dutch era, they planned to make this building a government office.

Now, this place is one of the destinations for Bandung people or tourists to enjoy the cool air of the city of Bandung or exercise.

This building became the venue for the Asian-African Conference in 1955 which later became the origin of the formation of the Non-Aligned Movement. This building used to be named Sociëteit Concordia and serves as a place for socializing and recreation for the Dutch community.

Now, this place is a museum containing a collection of photos during the Asian-African Conference. Tourists also like to take pictures in front of this building because of its aesthetic architecture.

This historical building in Indonesia is located in Central Jakarta with a height of 132 meters. President Sukarno built this with the aim of commemorating the resistance of heroes and people who had struggled for independence from Dutch rule. This place has a unique characteristic, namely flames covered in gold to mean a burning spirit.

Inside the National Monument, there are 51 dioramas that tell the history of Indonesia from the time of the Hindu Buddhist kingdom to the Suharto era. At the top of this fire monument, tourists can see views of the city of Jakarta.

Those are historical buildings in Indonesia that you can visit. To save memories after visiting these places, you can see some product recommendations below:

After taking pictures at these tourist attractions, it would be nice if you print these photos. Nowadays, photos can be saved on cellphone, however, there is a risk that your photos can be lost. Therefore, the photos should be in printed form and you can put them in the photo frame to make them tidier.

You can put the souvenirs that you get from tourist attractions on the wall shelf so that your things are neatly arranged and become a decoration to sweeten the room.

This product can be an alternative to a wall shelf if your souvenir requires a bigger space. You can also put photo frames in the display cabinet to make it tidier and the guests who come to your house can see the places you have visited.

Save your memories and beautiful memories with the products above so you can always remember them. Come on, immediately visit buy and get tantalizing promos!